Something I did while waiting for my troops to get back from a 2 hour survey, my touken ranbu OC!! He fights for his friends.4-29-21

im having fun in flash. heres lione reading some bullshit in the news. im pretty proud of this one, i animated it all at 100% zoom, instead of focusing on small shit that wont matter in the end. i also spaced it all out, im proud of the timing especially for how short it took to make. *GIF* 4-5-21 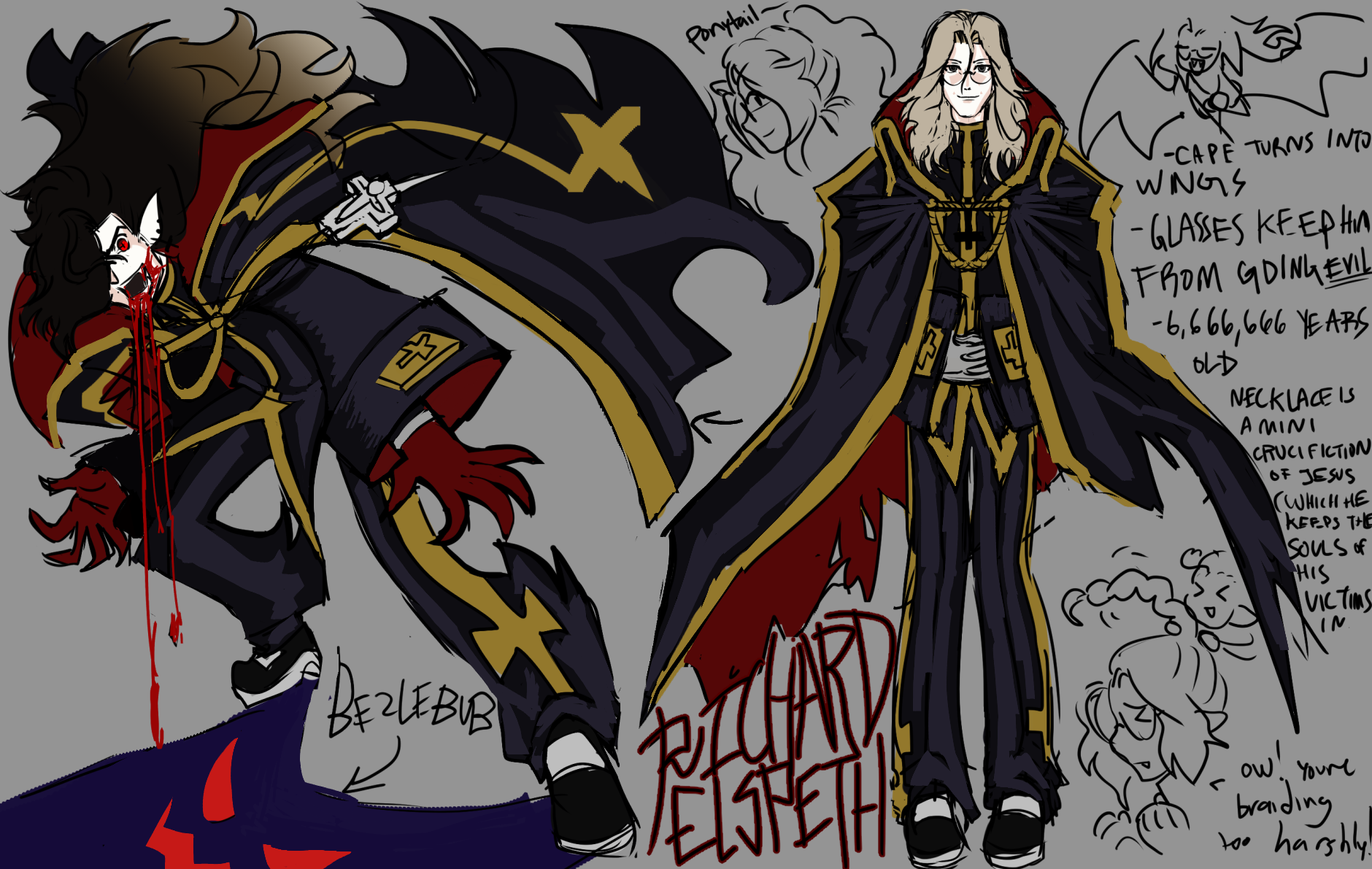 so, this needs a little bit of context. one of my friendgroups had a little event where you design an obnoxiously 2000s oc, and having my favorite characters be very aggressively 2000s i wanted to try it. so heres, uh, roa- i mean richard elspeth, yeah. he turns super evil when he doesnt have his glasses on, and must feed the demon that posesses him, bezlebub with lots of human souls. hes usually a likeable guy without the whole demon possession thing though, but doesnt know how else hed feed without bezlebub forcing him to. poor guy...idk if you can tell but i had a lot of fun with this guy. idk if ill ever use him but remember how i keep saying roa is my oc? lol. 4-4-21(happy easter btw)

and the second oc with a somewhat cohesive design as of now is Bikal!! he's a mage who usually serves calmly under his master until one day, when he is forced to learn hand to hand combat, he gets so pissed that he mangles his uniform (it usually covers more) and stomps into his masters room to see his angry reaction, only to see that it likes the changes! hes pissed. hes just very angry in general. i actually updated his design a while back but forgot to draw it, maybe ill do that later. 3-14-21

to start this page off, here r my two ocs Lione and Rollo! theyre two assasssins who are notororiously bad at their jobs, and constantly fuck up so badly that everyone in their company knows about their hijinks. Their target always gets killed, but they do it in a disgustingly unprofessional manner. the only reason theyre still on a payroll is that Lione is a vampire, and heals almost instantly after any attacks. an indestructable assassin is valuable indeed. Rollo sticks along because of liones clout. 3-14-21